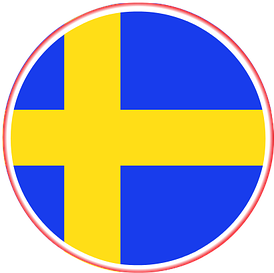 n Scandinavia, several people who themselves had experienced a Kundalini process, got together and formed a network to help themselves and others.

Our attempt is to create a forum where different opinions and viewpoints available on the subject, can meet and interact, hopefully enabling further understanding of what contact with these Kundalini energies implies.

A Kundalini release can be triggered by erroneous meditation, yoga, rebirthing, holotropic breathing, reiki, qigong, healing, tantra, transcendental meditation and other eastern or new age spiritual exercises.
When the kundalini energy is rising through the chakras, it can cause big problems for the bodily and mental health.
We have got hundreds of mails from people around the world who have been damaged by these artificial spiritual exercises.

Spiritual kundalini exercises known from the Hinduism, a religion of India, that emphasises freedom from the material world (moksha) through purification of desires and elimination of personal identity, and Buddhistic religions can be very dangerous. Kundalini arousal occurs especially as an unintentional side effect of spiritual exercises whose goal is higher consciousness. Many people have gone insane from the tremendous kundalini energy and got diagnosis as psychosis, schizophrenia and other similar mental diseases.

We strongly advice yoga and meditation teachers and therapists to include which powerful energies they are dealing with, in their education. They should also inform students and clients about the great risk that the brain and nervous system collapses, and about the risk for psychosis. The number of problematic kundalini arousals can then hopefully be reduced.

Modern medical science has limited knowledge and experience in this area, and often denies the existence of the kundalini energy. The picture of the disease is not known to psychiatry. There, then, arises a communication and confidence gap between doctor and patient. The patient feels misunderstood and lonely and tries to solve his problems on his own.

As a result of Kundalini arousal, many enter into extensive crisis, partly spiritual, partly social, with regard to work, family, etc.
In a cosmic/universal connection, Kundalini can be understood as the creative force of the universe, in all living things.
Kundalini arousal creates problems, if it is activated at a time when an individual is not morally mature, thus putting extreme pressure on the physical body and on the unconscious areas of the psyche.

Note! Of course one can have some of these symptoms without having a kundalini arousal!

Read: Strategies for a life with a too early triggered kundalini.

o you want to know the real secret facts about kundalini, then you can read these articles.

Spiritual shortcuts can be a long way round.

An investigation of 76 cases of kundaliniarousal. Description of cases, diagnoses and symptoms.

Pitfalls on the spiritual path

Warnings against kundalini according to theosophic and cosmologic world picture.

"Unless the mind has been disciplined from an early age, a stimulated kundalini brings with it irrepressible desire for occult and bizarre".

Is the eastern culture of meditation etc. the way to enlightenment?
Or is it the western dogmatic Christianity with the forgiveness of sins that will save us?
None of them, Martinus writes in this article.
What is it then?

More and more people write to me and seek an explanation of what has happened to a close family member or friend, who all of a sudden has gone "mad". These have practised some kind of yoga, meditation, rebirthing, healing, reiki, channeling, the swing of a pendulum, or some other spiritual method available today.

What is possession?
Can one get possessed when you practice spiritual exercises?
In eastern literature one can read that a "demon" can possess a person.
Is this true?

The Safety of the Heart

Bob Boyd's personal Kundalini story.
"There are many Kundalini casualties similar to mine. Kundalini energy literally crippled me mentally in terms of what academic achievements and future accomplishments I may have had. Some people it has destroyed."

"On May 5th 1999 the energy awakened waking me up, I didn't do anything, and with a great amount of energy and power it rocketed straight up to the brain where it broke the block protecting the brain."

My story why I started this information site.
By
Marja S